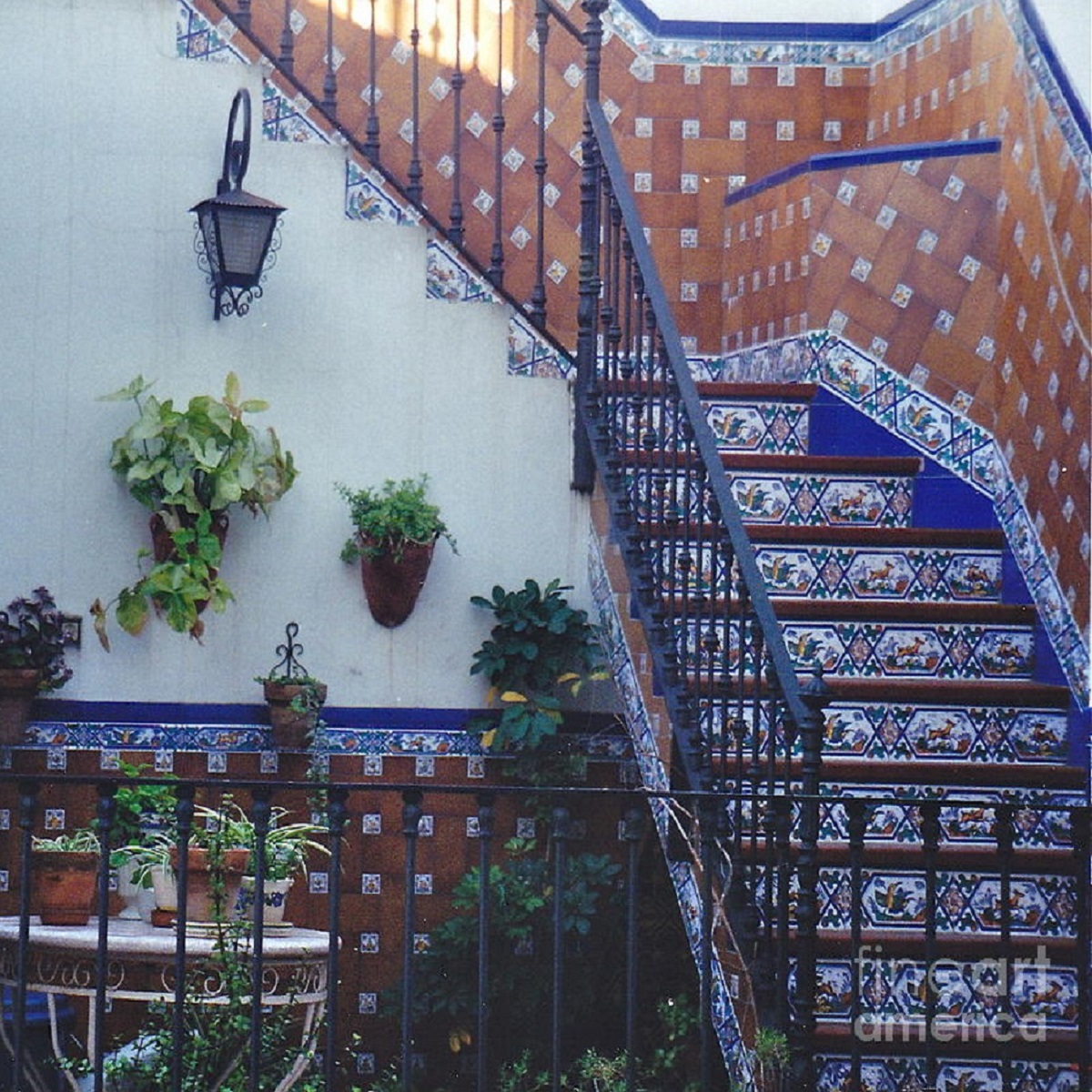 The history of Spanish style, Talavera ceramic bridges centuries, cultures and continents. Being recognized as one of the most popular forms of decorating haciendas, churches or fountains, the origin of those beautiful tiles leads to Spain. In the 15th and 16th centuries, the town of Talavera de la Reina became so internationally acclaimed for its tile that is was called “La Ciudad de Cerámica” (City of the Ceramics). Its unique style came out of a mix of Spanish, Arabic and other European cultures.

Naturally, Spaniards introduced the art of potter’s wheel and tin-glazing to the indigenous people of Mexico after they established there in the 16th century. Since then the techniques evolved appropriating the Mexican rich design and Spanish style tile craft. The capital of Talavera tiles was Puebla where it is said that their people inherited the Spanish know-how during the construction of the Church of Santo Domingo that is, by now, one of the most important examples of local baroque.

As the times of Spanish conquest were dominated by building churches and monasteries, the Spanish style tile technique spread all over the country and new workshops emerged given the Spanish tiles the status of one of the richest design techniques equating it with the prosperity of a family or a business. The mosaic tile was used not only in sacred architecture but was introduced to the richest families of Mexico. If you wanted to show how wealthy you were, you would just decorate your home with white and blue tiles. A good example of that idea we can find on the Casa de los Azulejos, one of the most intriguing building on the Maduro Street in the old town of Mexico City. The legend says that the father told his son he will never prosper in life neither will he build a tile house (“Hijo, tú nunca irás lejos, ni harás Casa de Azulejos”) so the son wanted to prove him wrong and created this marvelous work of architecture.

Nowadays, the custom made tiles can be ordered in three, basic styles. They can be handmade in a plain design choosing between an infinity of colours and giving a more modern look in your interiors. They can obviously be bought online in its classic form- white and blue, reminding us of the origin of the decorative Talavera tiles including Spanish floor red clay tiles in the 16th century when it was the most popular option for adorning haciendas and mansions of the elite. Last but not least, we can offer You more complex designs tiles with which you can decorate any areas of your home. Imagine your balcony or patio decorated with Spanish style tile, given its Southern vibe, cooking your delicious Mediterranean salad and overlooking your tiles that proudly enrich your backsplash or counter or dinner table or relaxing in your bathtub adorned with precious Mexican tiles.

Spanish style tile, apart of being just fabulous, is practical and functional as it is easy to maintain so you can enjoy its warm and colourfulness for many years more.

6 thoughts on “Decorating the Wall with Spanish Style Ceramic Tile”